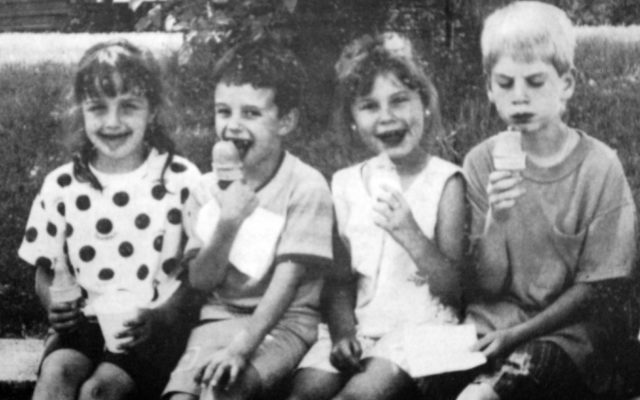 Contributed • July 12, 2018
The new John A. Daigle funeral home in Eagle Lake was dedicated Sunday. Rep. John Martin, took the honor of cutting ribbon, along with John A. Daigle and Phil Blanchette, a town official.

New Funeral Home — The new John A. Daigle funeral home in Eagle Lake was dedicated Sunday. Rep. John Martin, took the honor of cutting ribbon, along with John A. Daigle and Phil Blanchette, a town official.

VB Chamber Seeks Bridge Repair — The Chamber of Commerce is going to check into possibilities of securing funds to repair or rebuild the International Bridge leading to St. Leonard, New Brunswick. This action comes from reports that tourists seeking to enter Canada via Van Buren never quite make it. Since there are no signs and tourists keep driving up Route 1 through Keegan and on to Madawaska.

Church Interior Undergoes Makeover For 150th Birthday — A dedicated committee of 11 individuals has been planning and directing what eventually evolved into a major renovation of the interior of Ste. Luce Church in Frenchville. Chaired by Percy Thibeault, co-chaired by Beurmond Banville, the committee worked closely with pastor Angelo Levasseur. The approximately $83,000 renovation project was initially discussed last September.

Change Comes In Pairs — The Warriors for Change prepare the boxes of shoes for their long journey to those in need. Last school year, the students gathered shoes to send to Africa to help control the spreading of hookworms.

Superintendent Presents Resignation — School Committee Chair Yves Dube confirmed that he received newly-hired Superintendent Robert Gerard’s letter of resignation on the first day the incoming superintendent was to start his job. Dube cited health issues, as well as some “attitudes and beliefs of the people of the community regarding education” as reasons for leaving the position.

Only one member of Maine’s congressional delegation had come out in favor of impeaching President Donald Trump ahead of House Speaker Nancy Pelosi’s Tuesday announcement that the Democratic-led House of Representatives would begin an impeachment inquiry.
Apex Weather END_OF_DOCUMENT_TOKEN_TO_BE_REPLACED

Dale Crafts filed his nomination papers for Feb. 21 with the Secretary of State to officially be placed on the primary ballot on June 9, 2020, for the U.S. House of Representatives 2nd District race.
Our Sponsors END_OF_DOCUMENT_TOKEN_TO_BE_REPLACED