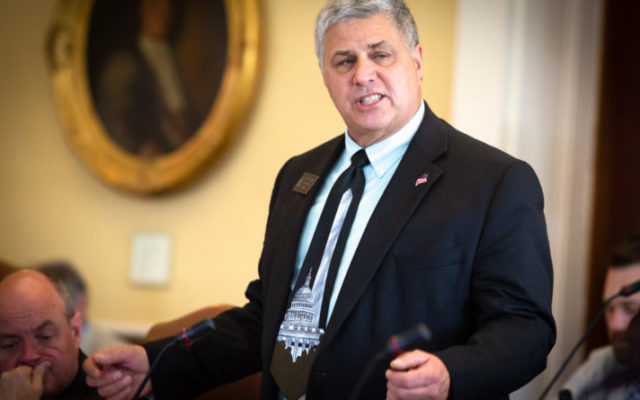 Christopher Cousins, BDN Staff • June 27, 2018
A new push to ask Maine voters again whether they favor legal adult-use marijuana fizzled Tuesday when a majority of the Maine Senate voted against it.

A new push to ask Maine voters again whether they favor legal adult-use marijuana fizzled Tuesday when a majority of the Maine Senate voted against it.

Sen. Scott Cyrway, R-Benton, is an outspoken marijuana opponent whose bill called for another referendum about the legality of recreational marijuana. The bill would have put another referendum to voters this November.Cyrway argued that marijuana abuse puts children, communities and families at risk, but failed to garner enough support.

Sen. Roger Katz, R-Augusta, was one of three Republican senators who spoke against Cyrway’s bill. Katz, who chaired a special legislative committee that came up with rules for sales and regulation of adult-use marijuana, said that adults already use marijuana in Maine, so having an oversight and safety system in place is preferable to allowing black market sales to continue.

Cyrway’s bill was rejected 18-13 and is now dead. Minutes after that vote, the Senate endorsed an overhaul of Maine’s medical marijuana laws, which had been held up until the recreational marijuana vote, 28-3.

For a roundup of Maine political news, click here for the Daily Brief. Click here to get Maine’s only newsletter on state politics via email on weekday mornings.

Only one member of Maine’s congressional delegation had come out in favor of impeaching President Donald Trump ahead of House Speaker Nancy Pelosi’s Tuesday announcement that the Democratic-led House of Representatives would begin an impeachment inquiry.
Apex Weather END_OF_DOCUMENT_TOKEN_TO_BE_REPLACED

A strong upper-ridge anchored off the Southeastern US coast will bring warmer and more humid than normal conditions to the Valley through the late week period.
Campaign Corner END_OF_DOCUMENT_TOKEN_TO_BE_REPLACED

Dale Crafts filed his nomination papers for Feb. 21 with the Secretary of State to officially be placed on the primary ballot on June 9, 2020, for the U.S. House of Representatives 2nd District race.
Our Sponsors END_OF_DOCUMENT_TOKEN_TO_BE_REPLACED