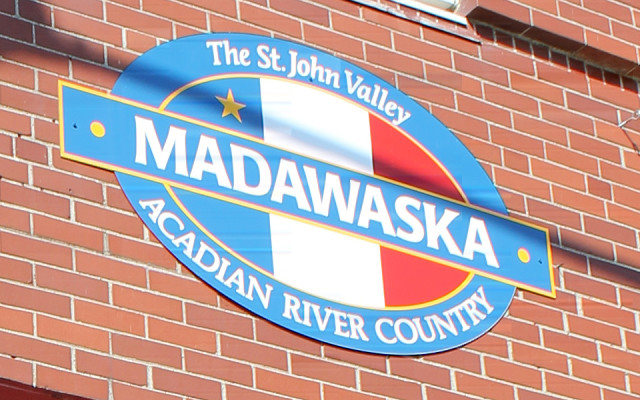 Jessica Potila, SJVT / FhF Staff Writer • March 13, 2018
During a special town meeting Monday, Madawaska voters tabled any action on proposed amendments to the town’s current sex offender ordinance and rejected a measure to ban roosters and other male birds from parts of town.

MADAWASKA, Maine — During a special town meeting Monday, Madawaska voters tabled any action on proposed amendments to the town’s current sex offender ordinance and rejected a measure to ban roosters and other male birds from parts of town. Voter also passed a temporary moratorium on approving any recreational pot businesses in town, including, growing, processing, sales or social facilities.

The current sex offender ordinance is not in compliance with the state’s Title 30-A statute, which many local residents feel does not go far enough to protect children.

The local ordinance, adopted in 2014, prevents those convicted of a sex offense against a person under 14 years of age from being within 750 feet of any “municipally owned” park or other area where children are the primary users.

Attorneys advised the Madawaska Board of Selectmen that the local ordinance, as written, is “not enforceable” because of language that is more strict than what is allowed under Maine law governing residency restrictions.

Also, state law, while specifying restrictions pertaining to distances from school properties, only limits sex offenders’ proximity to parks or athletic fields that are municipally or state-owned and that are “leased to a non-profit organization.”

Madawaska’s  proposed ordinance amendments would have removed any reference to municipally owned property and removed restrictions related to distances from “family child care” facilities, which are not included in state statute.

At a Feb. 28 public meeting to discuss the issue, Madawaska voter Dan Daigle advocated leaving the local ordinance as is, and challenging the state to stand by its law or change it.

At Monday’s vote, Daigle made a motion to table the proposed ordinance amendments. The overwhelming majority of voters agreed, and tabled the issue for now, according to Town Manager Gary Picard.

“The Legislature is looking to fix the flawed state law,” Picard said on Tuesday. “So it almost makes sense to really not change anything now. If the state is gonna go ahead and change their law, (voters in Madawaska) would have to do it over again basically.”

Complaints about noisy roosters during the last two years had prompted the planning board to address that issue and craft the proposed ordinance voted on Monday.

The ordinance would have prohibited “roosters, peacocks and other male fowls known for their loud call” from the more populated portions of town, as well as from commercial and industrial zones.

Residents shared mixed reactions during a Feb. 28 public hearing, with some expressing frustration over increased noise levels due to roosters in the downtown area. Others at the hearing said the rooster noise presented no more of an auditory nuisance than the sounds of passing traffic and equipment from the nearby Twin Rivers Paper Company mill.

By a show of hands, the majority of voters Monday night defeated the proposed ordinance.

Residents also agreed Monday on a temporary moratorium on recreational marijuana businesses. The measure will prevent approval of any recreational pot businesses in town, including, growing, processing, sales or social facilities

State lawmakers have yet to pass guidelines or regulations related to licensing, leaving towns in a gray area.

Without a local temporary moratorium on recreational sales and related businesses, if an individual or group of people approached the town to open a recreational pot businesses, the planning board and selectmen would have no local guidance and no rules upon which to base their decision whether or not to approve the business.

Only one member of Maine’s congressional delegation had come out in favor of impeaching President Donald Trump ahead of House Speaker Nancy Pelosi’s Tuesday announcement that the Democratic-led House of Representatives would begin an impeachment inquiry.
Apex Weather END_OF_DOCUMENT_TOKEN_TO_BE_REPLACED

High pressure will bring mostly clear to partly cloudy skies to northern Maine today and tonight as low-pressure slides east of the region in the southern part of the state.
Campaign Corner END_OF_DOCUMENT_TOKEN_TO_BE_REPLACED

Dale Crafts filed his nomination papers for Feb. 21 with the Secretary of State to officially be placed on the primary ballot on June 9, 2020, for the U.S. House of Representatives 2nd District race.
Our Sponsors END_OF_DOCUMENT_TOKEN_TO_BE_REPLACED