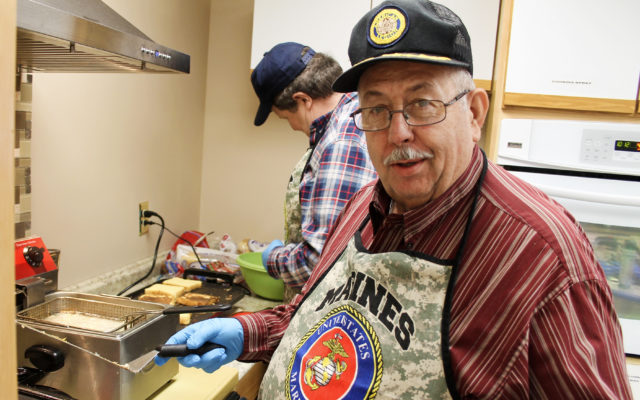 Don Eno, SJVT / FhF Staff Writer • January 10, 2018
For nearly a year now, local veterans have gathered at the Martin-Klein American Legion Post 133 on the first Saturday of the month for breakfast and some social time.

FORT KENT, Maine — For nearly a year now, local veterans have gathered at the Martin-Klein American Legion Post 133 on the first Saturday of the month for breakfast and some social time.

“We talk mostly about the aches and pains that we have at our age,” U.S. Army veteran Hermon Pelletier said with a laugh. 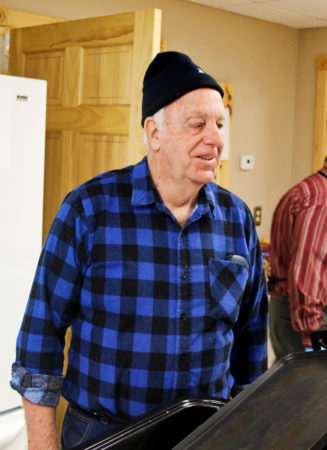 U.S. Army veteran Roland Boutot was one of the volunteers helping with the monthly veterans’ breakfast at the Martin-Klein American Legion Post 133 in Fort Kent on Saturday. (Don Eno | SJVT/FhF)

Sitting inside the Legion hall with his wife Pam, the Vietnam vet admitted it was the first time he visited the organization’s monthly free veterans breakfast.

Increasing use of the newly renovated hall is what the post’s leaders are looking forward to, and not just by veterans.

“This place has come a long way in two years,” Post Commander and Marine veteran Wayne Caron said in between frying up eggs in the post kitchen.

Like many other veteran groups, the local American Legion post is not quite the bustling hub it once was, as the large number of WWII veterans age and younger service veterans find themselves living busier and busier lives.

This fall, the Lozier-O’Grady Veterans of Foreign Wars Post 9609 hall was demolished, although the organization still exists. Following the St. John and Fish River flood of 2008, the VFW building became increasingly problematic and expensive to maintain.

“If we had let this go two years ago, it wouldn’t be here today,” U.S. Army vet Norm Albert commented about the Legion hall.

The facility is now regularly rented out for company parties and other social events, said Albert.

The Legion itself hosts its veterans breakfast the first Saturday of every month. Though free, it raises a bit of extra money, thanks to a donation basket at the serving line, and also serves as a way for local vets to socialize.

“The guys enjoy it. They say the food is getting better,” Caron said with a chuckle. 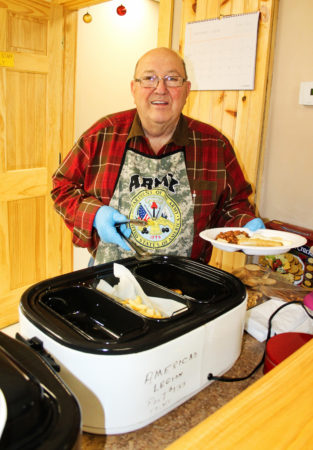 Clifford Pelletier, a veteran of the Army National Guard, serves up some breakfast on Saturday at the Martin-Klein American Legion Post 133 in Fort Kent. (Don Eno | SJVT/FhF)

Once a month, from 7:30 to 9:30 a.m. veterans show up and grab a chair. Albert said, although the breakfast began as way for vets to gather, friends of the Legion are always welcome.

“I support the Legion whenever I can,” said Andrew Caron, as he waited for his breakfast order. Not a veteran himself, Caron said he always buys Legion raffle tickets and supports the group wholeheartedly.

Belanger, who has been with the Legion since 1970, is one of the members who regularly volunteer to take part in military funeral services. Being part of the solemn ceremony for his fellow comrades is something Belanger said he is proud of doing.

“We help out each other when needs arise,” he said.

“I have to get back to KP duty now,” Boutot said as he stood in the Legion hall’s kitchen wiping down a cooking pot. 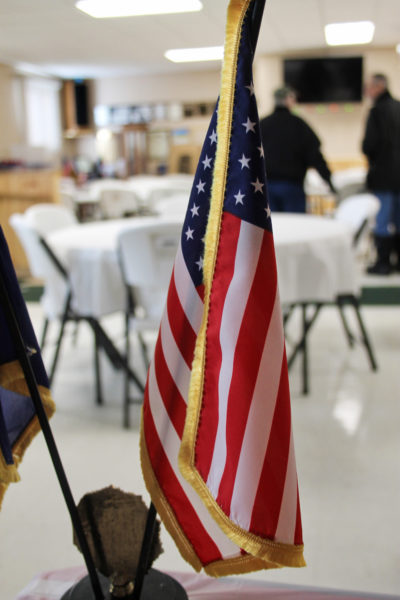 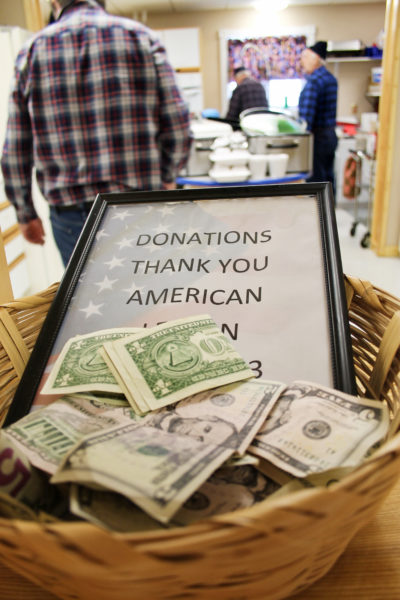 Although the Martin-Klein American Legion Post 133 in Fort Kent does not charge for its monthly veterans breakfasts, the donation basket is often full, as it was on Saturday. (Don Eno | SJVT/FhF) 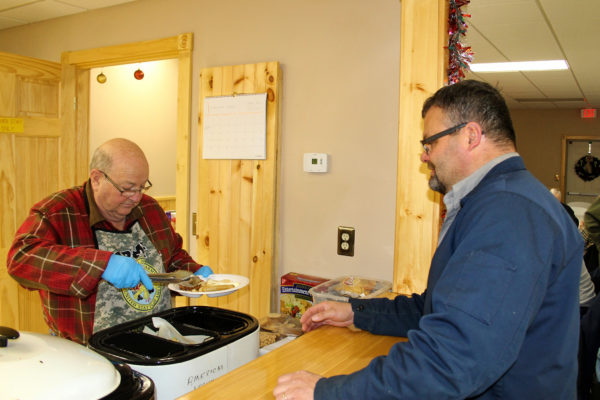 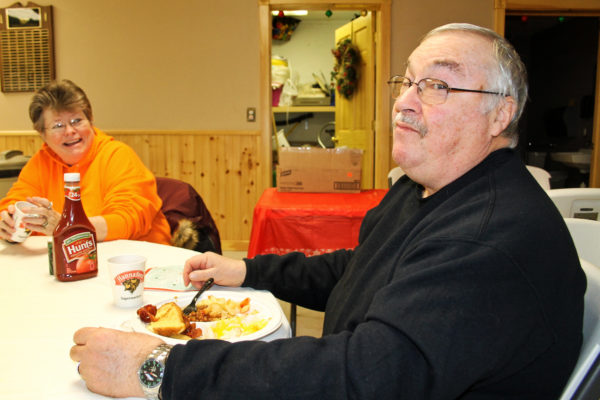