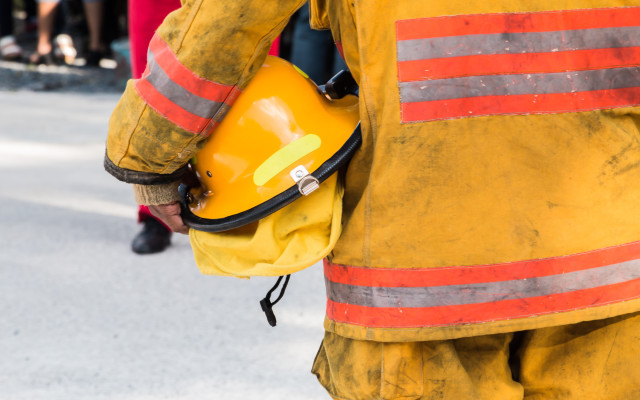 The tenant had recently moved out of the home, owned by Jennifer Ayotte, Caron said Sunday evening. No one was injured, according to the chief.

Officials shut down Main Street, which also is U.S. Route 1, for about two hours while firefighters battled the blaze that broke out at about 10 a.m., Caron said.

The building was “significantly damaged,” including water and smoke damage, Caron said. The majority of the fire damage was to the basement and part of the first floor, the chief added.

Fire crews cleared the scene at about 1 p.m., Caron said.

Personnel from the state’s Fire Marshal’s office were expected to arrive at the scene sometime on Monday to try to determine the cause.

Only one member of Maine’s congressional delegation had come out in favor of impeaching President Donald Trump ahead of House Speaker Nancy Pelosi’s Tuesday announcement that the Democratic-led House of Representatives would begin an impeachment inquiry.
Apex Weather END_OF_DOCUMENT_TOKEN_TO_BE_REPLACED

A strong upper-ridge anchored off the Southeastern US coast will bring warmer and more humid than normal conditions to the Valley through the late week period.
Campaign Corner END_OF_DOCUMENT_TOKEN_TO_BE_REPLACED

Dale Crafts filed his nomination papers for Feb. 21 with the Secretary of State to officially be placed on the primary ballot on June 9, 2020, for the U.S. House of Representatives 2nd District race.
Our Sponsors END_OF_DOCUMENT_TOKEN_TO_BE_REPLACED