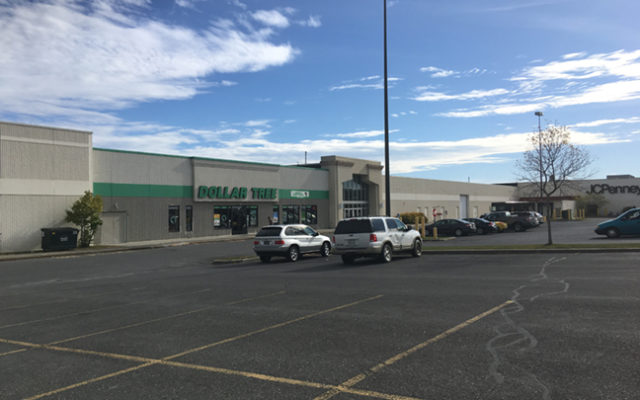 Anthony Brino • October 3, 2017
For the second time in its 24-year-history, the Aroostook Centre Mall is up for sale.

PRESQUE ISLE, Maine — For the second time in its 24-year-history, the Aroostook Centre Mall is up for sale.

According to a legal ad running this week in the Presque Isle Star-Herald, mortgage lender Wells Fargo is holding a public sale of the property on Oct. 31.

The Aroostook Centre Mall has not paid off a 10-year, $10.3 million loan that matured in June, according to Orest Mandzy, managing editor of the industry publication Commercial Real Estate Direct. The loan originally was issued by the bank Wachovia, which was acquired by Wells Fargo, as a commercial mortgage-backed security. The loan was transferred to a special servicer following default in June, Mandzy said Tuesday.

The mall originally was built by the Widewaters Group of New York and has struggled to stay fully occupied with retailers since its inception in 1993. The same year it opened, the federal government announced the closure of Loring Air Force Base and by 2000, Aroostook County had lost 15 percent of its population, according to U.S. Census figures.

In 2001, the mall was sold to its current owners, Sitt Asset Management of New York, for $10 million — half of its appraised value at the time, according to news reports. In the last decade, the mall has lost a host of stores, including big box retailers such as Kmart, Sears and Staples.

Between 250 and 300 people work at businesses in the mall, according to Aroostook Centre Mall Manager Patti Crooks.

While many shopping malls and retail businesses face a challenging future in the age of online shopping, smaller suburban and rural malls may “have a tougher row to hoe than do those in primary markets,” said Mandzy, from the industry publication.

“But every property is unique,” he added. “Depending on an area’s demographics and the financial cost of a property, a mall anywhere could be very successful.”

Crooks, the Aroostook Centre Mall manager, said Tuesday that “a change in ownership is not always a bad thing. A new owner can take [the Aroostook mall property] in a new direction. The community should embrace this change.”

While the mall would love to add more retail businesses to fill some of the vacant space, she said, new owners also could look at other avenues and the property could serve the region in other ways. Space at the mall could be used by the service industry or for education, entertainment, housing, she suggested.

“I think the Aroostook Centre Mall will always be a part of this community,” Crooks said, adding that the facility will continue to serve the changing needs of the area.

The Bangor Mall also is at risk of defaulting on an $80 million loan that uses the mall as collateral, the Bangor Daily News reported in mid-September. Simon Property Group of Indianapolis, the primary owner of that mall, took out the loan in 2007 and has made only interest payments, the paper reported. In late August, with the 10-year loan’s maturity date approaching, lender Morgan Stanley Capital turned the loan over to a special servicer that handles troubled debts.

According to an industry analyst, LNR Partners of Miami Beach, Florida, is expected to appraise the Bangor property, determine whether it is worth less than the $80 million loan and recommend either restructuring the loan or foreclose on the mall.

The Aroostook Centre Mall is assessed for taxes by the city of Presque Isle at a total of $13.6 million, with $2.5 million of that for the 37 acres of land and the rest for the 525,000 square feet of building space.

The Aroostook Centre Mall paid $350,208 in property taxes in 2017 and is the city’s second-largest taxpayer after Emera Maine, according to city assessor Lewis Cousins The city’s third largest taxpayer and busiest retail store, Walmart, paid $300,340 this year on a building assessed at $11.7 million.“It’s sad … but it’s understandable,” Michelle Carney of Ashland said Tuesday morning just before entering JC Penney at the mall to shop for clothes. “Online shopping is so much easier these days.”

Carney expressed her disappointment when hearing about the foreclosure and added there’s not a lot of draw to visit the mall and said perhaps high rent costs were preventing the addition of new businesses.

“It’s sort of a catch 22 for the mall. You raise the rent to help pay costs, but you lose stores because of the high rent,” she said.

Lucien Parent said he drives from his home in Eagle Lake to the Aroostook Centre Mall “sometimes once a week or once every other week to shop at JC Penney, the Dollar Tree.”

“It would be too bad to lose the mall,” he said. “Hopefully it’s not going to close.”

Writer Josh Archer of the Star-Herald contributed to this report.