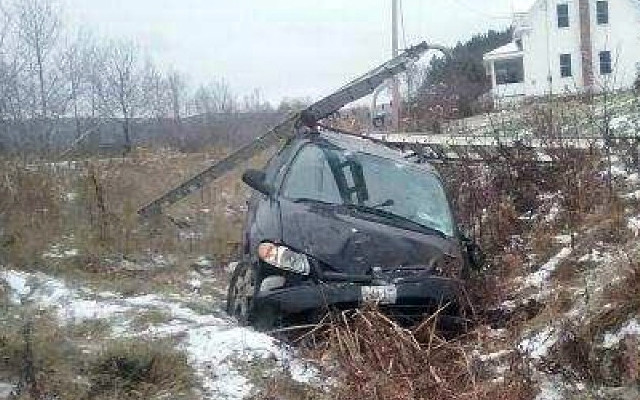 Jessica Potila, SJVT / FhF Staff Writer • December 1, 2016
A van is a total loss and a car received extensive damage as a result of two separate single-vehicle accidents which happened in Fort Kent over the weekend.

FORT KENT, Maine — A van is a total loss and a car received extensive damage as a result of two separate single-vehicle accidents which happened in Fort Kent over the weekend.

On Friday, Nov. 25, 24-year-old Brenton Levesque of Fort Kent was driving a 2006 Dodge van eastbound on U.S. Route 1 when he “skidded off the roadway and struck a ditch,” according to Fort Kent Police Chief Tom Pelletier. 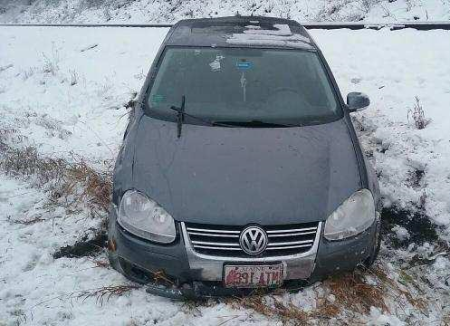 “Speed and road conditions were factors in the accident,” Chief Pelletier said. Sgt. Boucher did not issue any traffic citations. Levesque was uninjured in the accident.

On Sunday, Nov. 27, a 2009 Volkswagen passenger car operated by 21-year-old Megan White of Corrina crashed while traveling west on U.S. Route 1. White “lost control of the vehicle, which left the roadway and rolled over,” Chief Pelletier said.

Sgt. Boucher, who also investigated this accident, said the vehicle rolled once and landed back upright, receiving “extensive damage.”

White was not injured, according to Chief Pelletier, who also attributed speed and road conditions as factors in the Nov. 27 accident.

Maine is more than eight months into Medicaid expansion under the federal Affordable Care Act and trends around who is enrolling and where they live are starting to emerge, bucking some expectations and pointing out access challenges.
Apex Weather END_OF_DOCUMENT_TOKEN_TO_BE_REPLACED

A coastal low is expected to produce heavy snow across much of central and northern Maine Thursday night and Friday.
Campaign Corner END_OF_DOCUMENT_TOKEN_TO_BE_REPLACED

Dale Crafts filed his nomination papers for Feb. 21 with the Secretary of State to officially be placed on the primary ballot on June 9, 2020, for the U.S. House of Representatives 2nd District race.
Our Sponsors END_OF_DOCUMENT_TOKEN_TO_BE_REPLACED