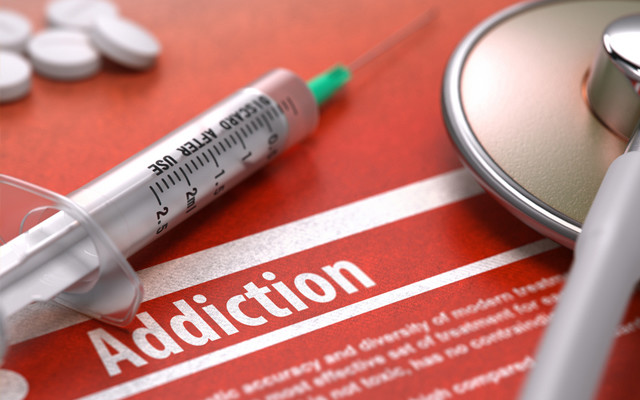 Sen. Collins on combating the heroin and opioid epidemic

Contributed • July 30, 2016
U.S. Senator Susan Collins calls the senate to action on combating the heroin and opioid abuse epidemic in Maine and the country.

Our Leaders Speak: U.S. Senator Susan Collins, R-Maine — In a 24-hour period in June, six people overdosed on opioids in Sanford, one of whom died as a result. In Monmouth, three people overdosed on heroin in one week. And in April, two people died from overdoses in just two days in Biddeford.

These tragic cases are a snapshot of our nation’s heroin and opioid abuse epidemic, which has devastated countless families and communities across the country. Maine has been hard hit by this unprecedented addiction crisis, with a record 272 overdose deaths in 2015, the vast majority of which were caused by heroin, fentanyl, or prescription opioids. In addition, a recent survey found that 60 percent of Mainers know someone who has either used heroin or abused prescribed opioid pain relievers within the past five years.

The U.S. Senate recently took significant action to address this crisis by passing the Comprehensive Addiction and Recovery Act, or CARA, by an overwhelming vote of 92-2. This bipartisan legislation, which I co-sponsored, will mount an evidence-based response to this devastating epidemic through a multifaceted approach that expands prevention, law enforcement, treatment, and recovery efforts in our communities nationwide.

CARA also contains two provisions I co-authored that will help protect infants and seniors from the heroin and opioid abuse crisis. These two populations are often not associated with this epidemic, but are being increasingly affected. In Maine, approximately 1,000 babies were born addicted to or affected by drugs in 2015, which accounts for 1 in 12 births.

In addition, earlier this year, I chaired a hearing that examined the medical use of prescription opioids for pain relief and policies that may contribute to our nation’s vast supply of prescription opioids. The provisions I co-wrote include the Infant Plan of Safe Care Act, which will require states to ensure that a plan is developed for drug-dependent infants before they leave the hospital, and the Safe Treatments and Opportunities to Prevent Pain (STOP Pain) Act, which directs the National Institutes of Health to increase research into alternatives to opioid therapy for pain management.

Alarmingly, only 10 percent of the 23 million Americans struggling with addiction receive any treatment. Research and considerable clinical experience have demonstrated that buprenorphine can be an effective treatment for some individuals with opioid addiction. Unfortunately, prior to the passage of CARA, only doctors could seek authorization to prescribe buprenorphine for medication assisted treatment, and the number of patients they could treat each year was capped, creating a barrier for many patients.

CARA will improve access to this treatment by allowing nurse practitioners and physician assistants to seek approval to dispense buprenorphine until October 2021. Nurse practitioners and physician assistants are playing increasingly important roles in the delivery of health care, particularly in rural and underserved areas in Maine, and can also play an important role helping individuals to manage and recover from opioid addiction. I strongly backed this provision allowing these health care professionals to provide medication assisted treatment, and I had previously called on the Department of Health and Human Services to consider this change.

As a senior member of the Senate Appropriations Committee, I have successfully advocated for increased funding to help address the opioid epidemic. In June, the Appropriations Committee approved legislation that included $261 million for the Department of Health and Human Services’ opioid abuse initiatives, a 93 percent increase. This May, the Committee unanimously approved a separate appropriations bill, which included an additional $132 million to combat the heroin and opioid abuse crisis.

CARA has garnered significant support from medical professionals, those in recovery, law enforcement professionals, and other experts in the field. More than 200 national drug groups, noting that 129 Americans die each day as a result of drug overdose, have endorsed CARA, calling it “the critical response we need.”

CARA is a meaningful step forward in our efforts to combat this crisis and ensure that those struggling with addiction have access to effective, often lifesaving treatments. Earlier this year, I spoke on the Senate floor to urge my colleagues to vote in favor of CARA. During my remarks, I related the story of Garrett Brown, a young man from Augusta whose life was tragically cut short by a heroin overdose. The Bangor Daily News, which vividly chronicled his life, described how Garrett’s spiral into addiction ultimately resulted in his death.

By better equipping our dedicated health care professionals and increasing access to addiction care for patients, it is my hope that CARA will prevent individuals like Garrett from falling victim to this epidemic of addiction.

As the Maine Turnpike expects 1 million travelers alone over the Labor Day weekend, policymakers are gearing up for a sprint to solve one of the state’s most intractable problems: a long-standing — and growing — transportation funding gap.
Apex Weather END_OF_DOCUMENT_TOKEN_TO_BE_REPLACED

A strong Arctic cold front will push into the region from the northwest tomorrow with a chance for some light snow across the region.
Our Sponsors END_OF_DOCUMENT_TOKEN_TO_BE_REPLACED