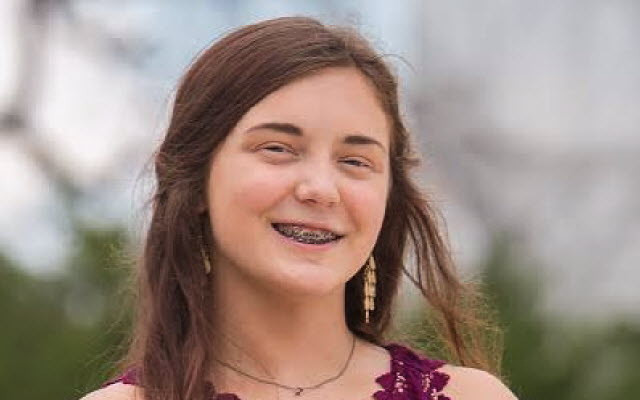 Olivia Eno, 16, of Fort Kent, was in Washington, D.C., to participate in an anti-tobacco leadership workshop sponsored by the Campaign for Tobacco-Free Kids. Twenty-one youth advocates from 21 states traveled to the capital to participate in the Youth Advocacy Symposium, a series of skill-building workshops on leadership, advocacy and communications.

As part of the symposium, Eno met with Poliquin, King and Collins to discuss the tobacco companies’ latest products and marketing strategies that appeal to young people and to urge support for policies to protect America’s youth.

Youth advocates asked lawmakers to support new regulations the Food and Drug Administration (FDA) recently issued for e-cigarettes and cigars, and to reject proposals before Congress to weaken these regulations. One proposal would completely exempt some cigars from FDA regulation. Another proposal would limit FDA oversight of cigars and cigarettes already on the market, including many candy and fruit-flavored products that have been introduced in recent years and have proven very popular with kids. Health advocates say these proposals would make it easier for tobacco companies to keep targeting young people.

Recent surveys have shown that youth use of e-cigarettes has skyrocketed and now exceeds use of regular cigarettes. The most recent national survey from the Centers for Disease Control and Prevention (CDC) found that a shocking 24.1 percent of high school students were current users of e-cigarettes in 2015, compared to 10.8 percent who smoked cigarettes. The survey also found that high school boys now smoke cigars at a higher rate than cigarettes — 14 percent for cigars compared to 11.8 percent for cigarettes.

E-cigarettes and cigars are sold in a wide assortment of candy and fruit flavors that appeal to kids, such as cotton candy, gummy bear and fruit punch. E-cigarettes are also marketed using the same tactics that have been used to promote regular cigarettes to kids, including slick magazine ads, celebrity endorsements and sponsorship of concerts and auto races.

“Youth advocates like Olivia are helping lead the fight against tobacco,” said Matthew L. Myers, president of the Campaign for Tobacco-Free Kids. “With their creativity and enthusiasm in protecting their peers away from tobacco, we can create the first tobacco-free generation.”

As the Maine Turnpike expects 1 million travelers alone over the Labor Day weekend, policymakers are gearing up for a sprint to solve one of the state’s most intractable problems: a long-standing — and growing — transportation funding gap.
Apex Weather END_OF_DOCUMENT_TOKEN_TO_BE_REPLACED

A cold front moved through the Valley early this morning, and it will be followed by an Arctic cold front this afternoon.
Campaign Corner END_OF_DOCUMENT_TOKEN_TO_BE_REPLACED