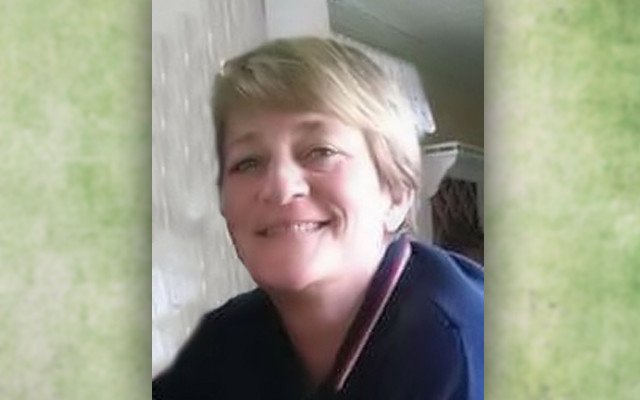 She grew up in Van Buren and graduated from Van Buren High School. Gail attended Washington County Community College and on July 3, 1978 married Claude Chabre. She worked as a secretary for V.L. Tamarro for 14 years, retiring in 2015 due to her illness.

Gail was predeceased by her father, Eugene and a brother, David. Surviving are her husband of 38 years, Claude Chabre of Calais; her mother, Barbara Bossie of Van Buren; two children, Tony Chabre and wife, Diane of Limerick, and Lee Chabre and fiancé, Beth Ingersoll of Baileyville; three grandchildren, Maylynn, Shyla and Raegan; two sisters, Susan Bossie of Van Buren, and Carrie Wall and husband, Mark of Windham; a brother, Thomas Bossie and wife Susan, of Casco; and many nieces and nephews.

In keeping with Gail’s wishes, there will be no viewing or service. A party celebrating Gail’s life will be announced at a later date. Donations in Gail’s memory may be made to: Sarah’s House of Maine, 346 Main Rd., Holden, ME 04429 or at www.sarahshouseofmaine.org. Arrangements by Mays Funeral Home, Calais & Eastport. Condolences and memories may be shared at www.maysfuneralhome.com.

As the Maine Turnpike expects 1 million travelers alone over the Labor Day weekend, policymakers are gearing up for a sprint to solve one of the state’s most intractable problems: a long-standing — and growing — transportation funding gap.
Apex Weather END_OF_DOCUMENT_TOKEN_TO_BE_REPLACED

A cold front moved through the Valley early this morning, and it will be followed by an Arctic cold front this afternoon.
Campaign Corner END_OF_DOCUMENT_TOKEN_TO_BE_REPLACED

Tomorrow, Saturday, Nov. 3, 2018, U.S. Senator Angus King (I-Maine) will continue his Get Out the Vote initiative in Aroostook County.
Our Sponsors END_OF_DOCUMENT_TOKEN_TO_BE_REPLACED