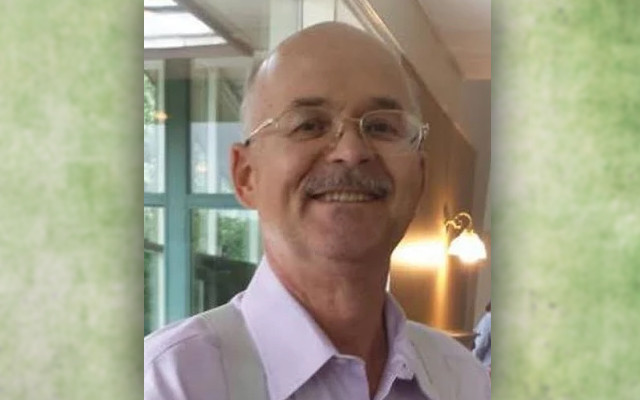 TERRYVILLE, Connecticut — Ellis Dechaine, 75, of Terryville, passed away peacefully at Alzheimer’s Resource Center of CT on Saturday, July 23. 2016. The loving husband of Cecile (Bosse) Dechaine, Ellis was born on April 13, 1941, in Edmundston, N.B., Canada, and was the son of the late Joseph Xavier and Isabelle (Guerette) Dechaine of Madawaska.

After graduating from Madawaska High School, he proudly served his country in the United States Army for three years, stationed in Poitier, France. His expertise in the French language facilitated his involvement and enjoyment of his assignment as French interpreter to top officers at the base.

He was employed at Stanley Tools of New Britain for 38 years, as well as at Bristol Hospital for six years. He also volunteered at the hospital’s Shipping and Receiving Department after his retirement. Ellis was a devoted parishioner of the Immaculate Conception Church, Terryville, where he actively served on committees and was a Eucharistic Minister for more than 10 years. He was also a member of the Knights of Columbus Council No. 1090, where he served as an officer, Brother Reporter, and member of the Fourth Degree.

He loved spending time with his family, working around the house, building various projects, traveling, and volunteering his time to help many friends and neighbors.

Besides his devoted wife, he leaves his three beloved daughters and their spouses, Laura (Dechaine) Zaniewski of Terryville, Debra and Britt Briatico of Goshen, CT, and Rachel and Todd Akerley of Coventry, CT; six adored grandchildren, Robert and Julia Zaniewski, Evan and Aidan Briatico and Alison and Amy Akerley; two sisters, Diane Daigle and Theresa Lagasse of Madawaska; five brothers, Richard Deschenes of Sacramento, CA, and Gerald (Tobee), Roger, Michael and Joseph (June) Dechaine of Madawaska; and many other family members and friends. Ellis was predeceased by his parents and his sister, Rinette (Dechaine) Cyr.

Thank you to the caring nurses and CNAs at Mulberry Gardens of Southington and Alzheimer’s Resource Center of CT.

A Mass of Christian Burial will be celebrated in his honor at Immaculate Conception Church, Terryville, on Friday, July 29, with a decade of the Rosary at 9:45 a.m. and Mass at 10:00 a.m., followed by a burial with military honors at St. Mary’s Cemetery, Terryville.

In lieu of flowers, memorial donations may be made to the Alzheimer’s Association Connecticut Chapter, 200 Executive Blvd., South 4B, Southington, CT 06489.

As the Maine Turnpike expects 1 million travelers alone over the Labor Day weekend, policymakers are gearing up for a sprint to solve one of the state’s most intractable problems: a long-standing — and growing — transportation funding gap.
Apex Weather END_OF_DOCUMENT_TOKEN_TO_BE_REPLACED

A cold front moved through the Valley early this morning, and it will be followed by an Arctic cold front this afternoon.
Campaign Corner END_OF_DOCUMENT_TOKEN_TO_BE_REPLACED