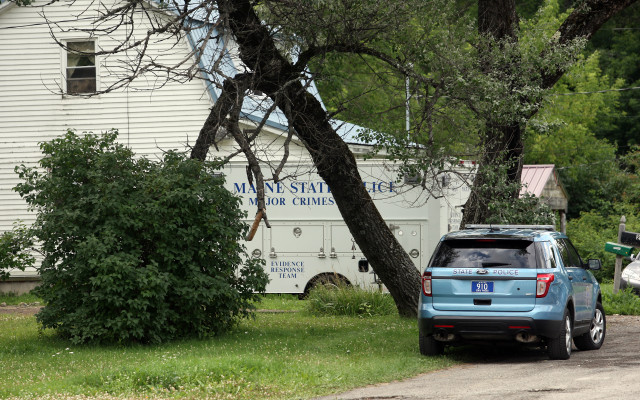 Jen Lynds, BDN Staff • July 26, 2016
Police executed a search warrant Tuesday at the home where Cassandra Nicole Bell, who is considered missing and endangered, was last seen, extending their grid search area in the community.

HOULTON, Maine — Police executed a search warrant Tuesday at the home where a woman who is considered missing and endangered was last seen, extending their grid search area in the community.

Houlton Police Chief Joe McKenna said Tuesday that foul play is not suspected in the case of 34-year-old Cassandra Nicole Bell, who was reported missing at 3:30 a.m. Monday. She was last accounted for around 9 p.m. Sunday, the chief said.

According to McKenna, Bell was living with her boyfriend in the single-family home on Bridge Street, along with multiple other people. The chief said police are concerned because Bell has a history of self-harm, but added that there is “no indication that it is the case this time.”

McKenna said the residence was being searched to make sure there was “nothing missed.” Police also were searching a dumpster in the parking lot of McDonald’s restaurant in Houlton after receiving a report about a piece of soiled clothing found in the back of the lot on Monday, he added.

Approximately 12 members of Bell’s family and some of her friends attended a press conference, including her two brothers, Joseph Flood of Old Orchard Beach and Freeman Flood of St. Albans. Both described their sister as a loving, kind and “mothering” individual, but one who also does not allow others to offer that same comfort to her.

“She is a strong, independent woman who has taken care of me for as long as I can remember,” said Joseph Flood. “She is a loving mother to her own son and a loving sister.”

Freeman Flood agreed, adding that his sister has always been a great source of support to him. At the same time, however, she has been rocked by the death of her sister in a car accident and the loss of her father. “This will be a year since we lost our sister, and we also lost our father in 2014,” he said. “She has been through a great deal, and it is hard for her to reach out to people.”

The brothers said that Bell has never disappeared in such a manner before.

The chief said that the Maine Warden Service is conducting a grid search of nearby woods and rivers, and the Aroostook County Sheriff’s Office and Maine State Police are bringing in more police dogs in an effort to track the woman. A police dog was used earlier, but it lost her scent in the area of Houlton Regional Hospital. The U.S. Border Patrol is conducting aerial searches.

McKenna asked the public not to conduct their own searches to avoid possible evidence contamination. He said Bell has family in Sanford but does not have a lot of family in Aroostook County.

“We are asking any truck driver or motorist who might have given her a ride just to call us, just to relieve the family’s concern,” said McKenna. “The problem we have is that we have an adult who does not want to be found. That is not against the law, but she has had problems before.”

Hayley Bickford of Pittsfield, Bell’s friend since childhood, reiterated comments made by the chief. She noted that Bell has a 5-year-old son. “He really misses his mom,” she said Tuesday.

Bell is 5 feet 6 inches tall and about 130 pounds and was described as having dark brown hair, brown eyes. The only clothing description available is that she was last seen wearing black tennis shoes with pink outline.

Anyone with information on the person’s whereabouts is urged to contact the Houlton Police Department at 532-2287.

As the Maine Turnpike expects 1 million travelers alone over the Labor Day weekend, policymakers are gearing up for a sprint to solve one of the state’s most intractable problems: a long-standing — and growing — transportation funding gap.
Apex Weather END_OF_DOCUMENT_TOKEN_TO_BE_REPLACED

A cold front moved through the Valley early this morning, and it will be followed by an Arctic cold front this afternoon.
Campaign Corner END_OF_DOCUMENT_TOKEN_TO_BE_REPLACED

Tomorrow, Saturday, Nov. 3, 2018, U.S. Senator Angus King (I-Maine) will continue his Get Out the Vote initiative in Aroostook County.
Our Sponsors END_OF_DOCUMENT_TOKEN_TO_BE_REPLACED